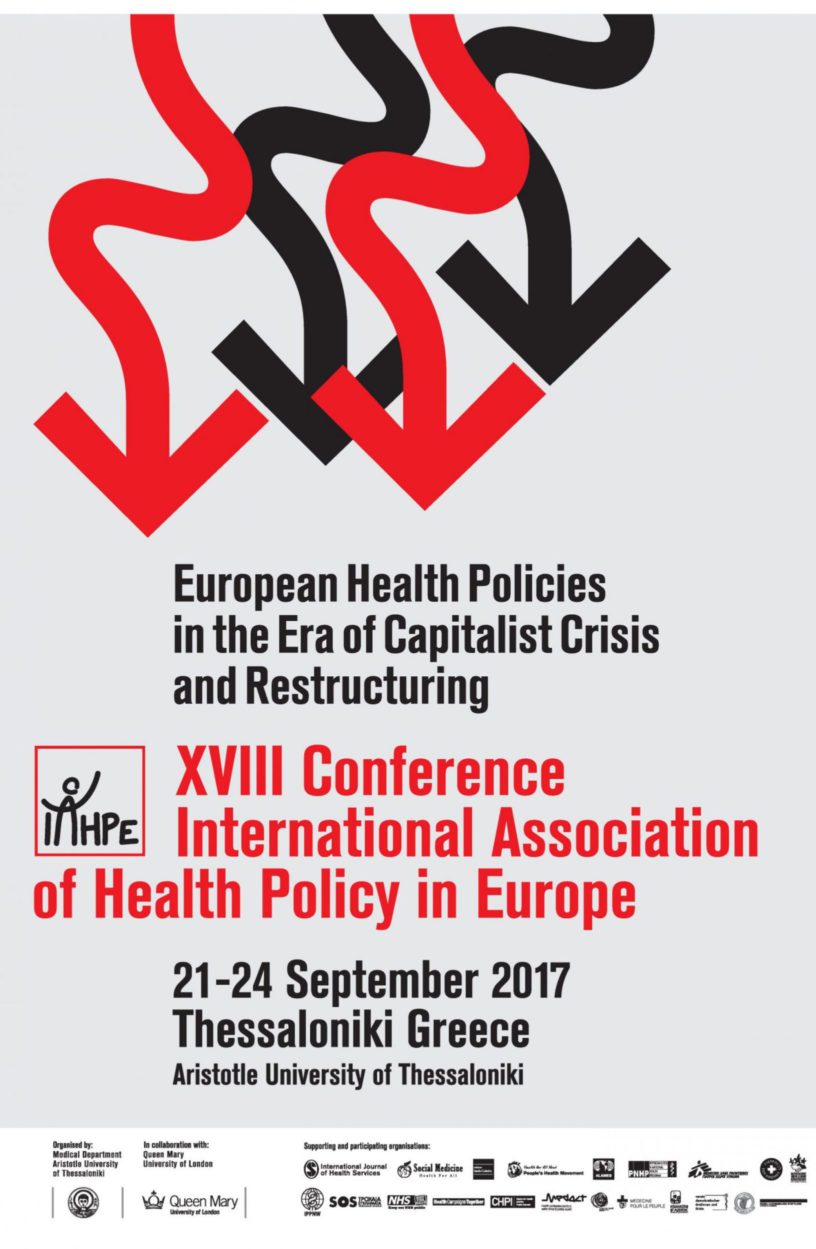 European health policies in the era of capitalist crisis and restructuring

The International Association of Health Policy in Europe in collaboration with Aristotle University of Thessaloniki and Queen Mary University of London are inviting you to the XVIII IAHPE Conference that will be held in Thessaloniki on the 21st until the 24th September 2017.

IAHPE following its 40 years tradition will focus on the contemporary developments in European health policies within the context of capitalist crisis and capitalist economicrestructuring.

The conference will be covering the following themes: